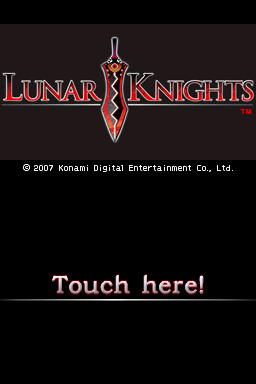 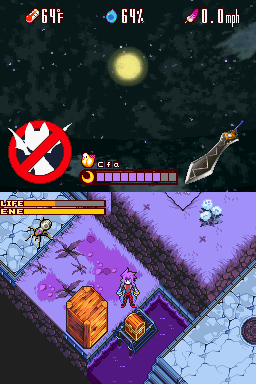 Lunar Knights is a reboot/spiritual successor to the Boktai series, and the final game set in the Boktai universe. The game was released for Nintendo DS on November 22, 2006 in Japan, and on February 6, 2006 in the US.

This game, by virtue of running off of a Nintendo DS cartridge, eschews the use of a solar sensor, and instead implements an in-game day/night cycle and weather system. However, if a player inserts any of the Boktai cartridges into the GBA slot of their DS, the game will add any sunlight detected through the Boktai cart to the amount of sunlight/moonlight generated by the in-game weather system.

Learn more about Lunar Knights by checking out the game's Wikipedia article, or from some other sites and wikis which you can find on my Links page.

Unfortunately, Lunar Knights has not been released on any modern hardware since its initial release.

Play via emulators is somewhat easier than that of the Boktai games, due to the lack of a solar sensor. It is also possible to play the game on 3DS, via cartridge or homebrew.